I didn’t plan to go to the Women’s March in Seattle yesterday but I’m glad I did. I had an appointment that was literally a block away from the march during the time it was happening. I was late to my appointment trying to navigate the road closures. Once I was done my curiosity peaked and I found myself standing on top of a group of clustered barricades trying to take it all in. And wow…

Just wow… thousands and I mean thousands of people were walking past me. At that moment I realized I’ve never been to a protest/march before. I’ve been to more than a dozen parades but this was so far from that. There’s nothing like actually being there. I was in awe. Awestruck at everyones conviction to march, carrying and pushing their babies, holding up their signs for miles, and chanting over and over again.

The signs. The signs blew me away. There were some that hurt to read and others that I cheered on. Some brought my thoughts to the many injustices women have faced in past and recent history. And I couldn’t help but get emotional by it all… I felt that I was exactly where I needed to be.

Then I thought, “Why didn’t I have a desire to go?”.  Why didn’t I want to cheer alongside all these people who stand united in women’s rights? Rights that effect me directly. My thoughts brought me back to my upbringing. My family came from Haiti 3 years before I was born in NYC. Having the opportunity to leave a country where there wasn’t much hope in the future and come to a place where the sky was the limit meant everything to them. I was raised to listen to my teacher, get a college degree, and get a decent paying job. There were no discussions about injustices, rights, or fighting for a better America. Occasionally I would hear my family discuss the chaos that was occurring in Haiti, but for the most part they weren’t focused on how the system here was treating them. Now thinking about it, they didn’t even notice. The flaws in the US didn’t compare to what they knew in Haiti. They were happy that they were able to work, get paid, and provide a better future for their children.

Ignorance is only bliss until you find out. Seeing now how I’ve so taken for granted the roads paved before me, I so badly wish that I saw it all sooner. Even though I’m a black woman in America, I never really stopped to think about all those who fought, marched, gave their lives in order to afford me the rights to vote, to marry my white husband, for equal pay, or to be free! I’ve always simply taken whatever America offered me, but I’m quickly learning two things: It took work to get what I have today. And we have not arrived. As I learn, I want to raise my two kids to not simply receive and settle with their lot, but rather to know its cost, and appreciate it. True appreciation in all of us will only drive more of the same efforts for ourselves and those ahead of us.

The hour I spent at the march woke me up. I say all this to say thank you to all those who fought before me and are fighting today, who saw something wasn’t right and decided to change the narrative. YOU make America great.

I’m ending this day in earnest prayer for this country and its future. I’ll leave you with some sweet shots I got from the yesterdays march.

I'd love to hear from you! Cancel reply 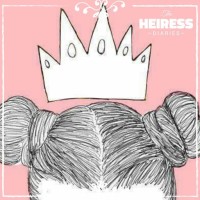 I'm Gyna (pronounced Gina) and this is where I share bits and pieces of life's adventures - navigating faith, motherhood, family, city living, good laughs and the simple joy's.

inspiration for the body, heart and spirit of mothers

A family who suddenly lost everything and then built something amazing

"And since we are his children, we are his heirs. In fact, together with Christ we are heirs of God's glory. But if we are to share his glory, we must also share his suffering. Yet what we suffer now is nothing compared to the glory he will reveal to us later." | Romans 8:17-18 NLT

The Ministry of JC

or really just one Pagaard